Windows 8 comes with two types of applications, first the desktop ones which many of us are using for years now. But with the advent of windows 8, Microsoft has introduced Modern Apps which were previously known as Metro Apps. Designed specifically for touch screen devices and tablets, these apps are somewhat different from their counter desktop apps in experience and usage.

But if you are a simple desktop or a laptop user with no touch screen then probably these apps may be useless for you and like others you would want to remove them.

Removal of these metro apps is easy by default if you have only one account on your Windows 8. Simply right click on the app on your Start Screen and you will see an icon to uninstall it in the bottom ribbon. 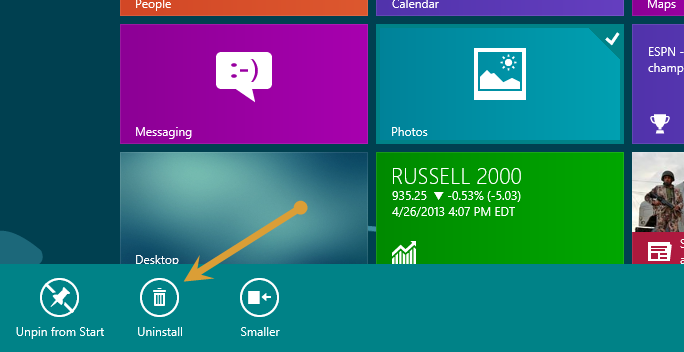 But doing so will remove the application from your current account only and will not be removed completely. Every time you create a new account in Windows 8 and these apps will be back, This is because these apps are Staged and windows will create them for every new account.

If you are not using metro apps then they are indeed useless for you as they take a lot of space in you C:\Program Files\Windows Apps.

To remove these apps from your account completely, you should first get a list of applications as what apps are needed to be removed. This can be done using Windows’ Power Shell. (Go to Start Screen, select type “power” and select apps from the right sidebar and you will see Power Shell).

To view the list of modern apps bundled with Windows 8, enter the following command in your Power Shell:

You will get a long list of applications associated with all the accounts on your Winodws 8. 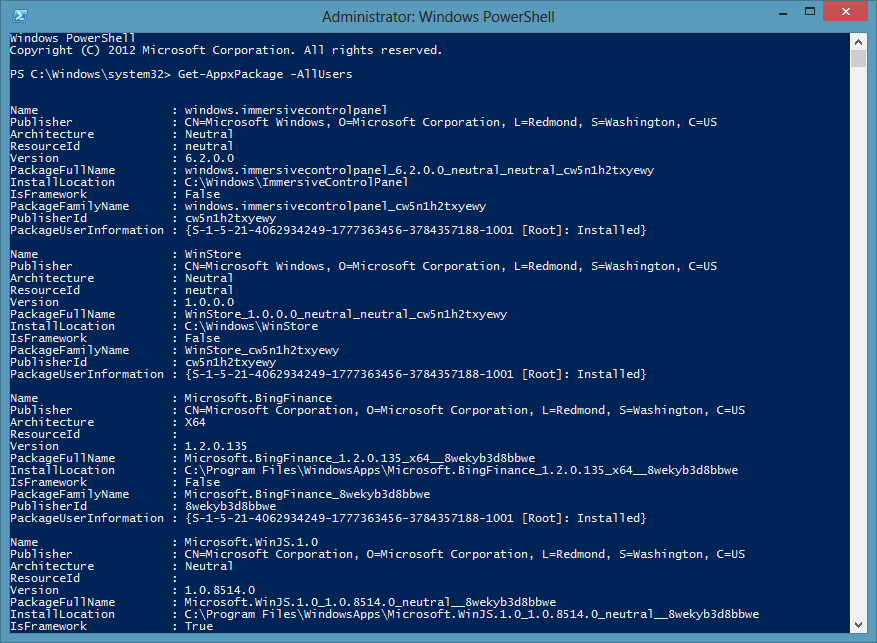 Like discussed earlier, some of these applications are just installed i.e. for current user only while others are Staged i.e. Windows will create them for every new user. You can notice them in the list as well: 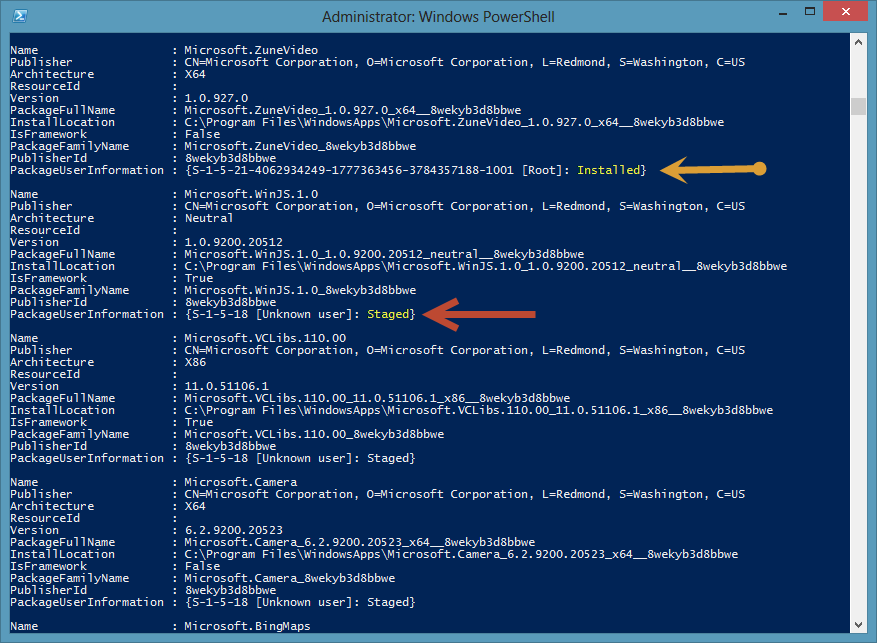 How to Remove Modern Apps Associated With Your Account:

To remove all modern apps from your Windows 8 so that you get a clean copy of windows for you and all the new accounts, enter the following command in power shell:

If you enter above command only, all Modern Apps will be removed from System account meaning that all new users will be created without any modern apps but to remove modern apps from your account only, enter the following command:

You can also remove modern apps from a particular user account by mentioning its name with the above command in the following format:

Or alternatively you can remove modern apps from all user accounts without removing them from the System account with following command:

How to Get Back Modern Apps:

All modern apps are available in Windows Store so you can get easily get them back. This is helpful in a sense that remove all modern apps and then install only those again which are useful for you.

Launch Multiple Instances of App from Start Screen...
Windows 8 Uses BIOS to Store Your Product Key
How to Create a Picture Password in Windows 8
Solve Error Code: 0xc0000001 in Winodws 8