It’s been a week since Microsoft officially launched windows 8 and it is under different attacks. We have seen that first an exploit was found in windows 8 security system that enables hacker to execute remote code via a webpage and now to add to the list, scammers have gone active by pushing out “Win 8 Security System”. 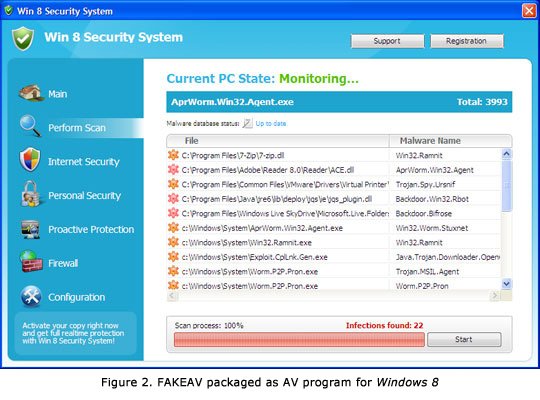 As the screenshot shows, this malware alerts users that threats have been found on your computer which need to be rectified. The scareware informs the users that this software needs to be registered in order to remove the infected files.

Just like other malwares, this threat also shows scanning of your PC as if it is actually searching for infected files which make users believe on its integrity.

Such malwares are downloaded from compromised websites, or links with malicious attacks. Once user clicks on them, a message is shown that tell the users that your machine is infected and a security program is needed to be downloaded in order to clean your computer. Once user downloads, a long list of fake problems is presented to users and is asked to pay in order to get them rectified. 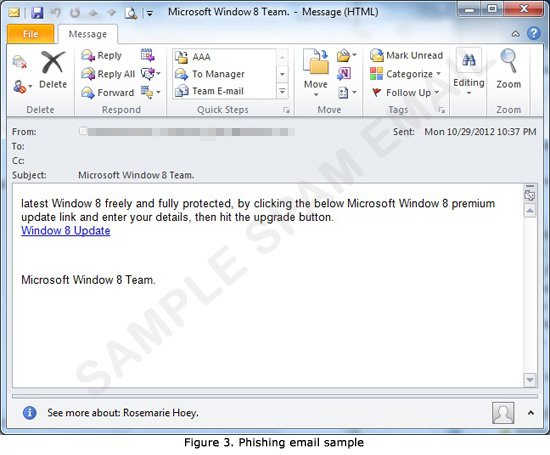 To be on the safe side in this regard, what users need to do is to think and verify before clicking any unknown link especially those which sound too good to be true.

Microsoft patches Critical Vulnerabilities in Wind...
How to Disable Windows Defender to Install a Diffe...
Should You Install 3rd Party AntiVirus on Windows ...
First Security Bug Found in Windows 8 is Up for Sa...